Marriage and family
In Sharon James’ brief biography of Anne Steele, on the basis of a letter held in the Angus Library, she states that when Beddome was still 25 ‘he poured out his heart in a passionate proposal’ to Anne Steele (1717-1778). An invalid from her nineteenth year, Anne was born the same year as Beddome, and was also destined to later fame as a hymn writer. Unlike Beddome, despite other proposals, she never married. (Cf Haykin (ed), BPB Vol 3, Particular Baptist Press, Springfield, Missouri, 2003, 8, 9).
At first, Beddome lived outside Bourton in the home of a Mr Head in the nearby village of Lower Slaughter. However, in time he fell in love with a member of the congregation and that changed. Elizabeth Boswell (1732-1784) was the second daughter of Richard and Hannah (née Paxford) Boswell. Richard was a deacon and a stalwart of the Bourton church. Baptised in 1733, he was a wealthy jeweller. At his funeral he was called both father of the church and of the village too, according to Rippon, who says that Richard’s grandfather, also Richard, was a shopkeeper and a Parliamentary Army officer in the Civil Wars. Samuel Beddome says the other daughters, Mary and Hannah, married men surnamed Palmer, one son-in-law carrying on Richard’s business.
Nothing suitable being found for the new couple elsewhere, work began in 1748 on a fine new and commodious manse just the other side of the Windrush in Bourton itself. The cost was £324 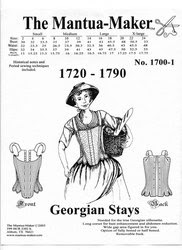 17s 6 ½d, quite a sum. However, the Bourton congregation raised the bulk of it. Brooks says that subscriptions were all carefully recorded by Beddome and ranged from £45 from John Reynolds to 2/6 from ‘Molly Hanks the Mantua maker’ (mantua - a popular 18th century woman’s gown, fitted above the waist, with an open front and draped skirt to show the underskirt) and 2 shillings from ‘Nanny Strange, Joseph’s daughter’. Today it is a hotel, The old manse hotel and features the Beddome bar!
The chapel was also extended in the same year. Benjamin moved into the manse in September 1749 and on December 11 or 12 of the same year, aged 32, he married 17-year-old Elizabeth. Rippon says that ‘the nuptials’ were at nearby Hampnett. She was a girl of good nonconformist stock and a helpmeet to him for over 30 years to come. Rippon records that 'She was a person of strict piety; sincere in her friendships; affectionate in all her relations, scarcely ever seen out of temper.' (318).
Up until this point Beddome had had a relatively easy life. He was content in his work, happy to be living where he did, and now he had found a wife too. His happiness is reflected in the following lines, written at that time, under the heading ‘The Wish’,

Lord, in my soul implant thy fear,
Let faith and hope and love be there;
Preserve me from prevailing vice,
When Satan tempts or lusts entice.
Of friendship’s sweets may I partake,
Nor be forsaken, or forsake.
Let moderate plenty crown my board,
And God for all be still adored:
Let the companion of my youth
Be one of innocence and truth
Let modest charm adorn her face
And give her thy superior grace
By heavenly art first make her thine
Then make her willing to be mine
My dwelling place let Bourton be
There let me live and live to thee.
(Quoted in Dix; Rippon, 318, says it was composed about 1742. It is found copied in a ms notebook in the Angus Library).
On January 7, 1751, Elizabeth gave birth to a son, John Reynolds (who apparently died aged just 19). There seem to have been two more boys who died in infancy and, after that, another seven children, six boys and one girl, Elizabeth. Benjamin was born October 10, 1753, then between 1754 and 1758, Richard, Samuel, Foskett, Boswell Brandon, and lastly, after Eliza and another Joseph who died in infancy, Josephus. What hopes and fears must have been wrapped up in this growing family. What joy the children must have brought. In Hymn 568, under the heading The Family Altar, the third and final verse says, ‘Could I my wish obtain, My household, Lord, should be Devoted to thyself alone, A nursery for thee.’ This seems to have been the case. However, the domestic bliss was not to remain undisturbed.