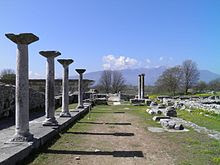 Acts 16:14 Whose heart the Lord opened, that she attended unto the things which were spoken of Paul.
Conversion

Though the Lord's people are thinly scattered, and sometimes throughout large cities, yet they have a way of finding one another out. True religion serves as a sort of magnet to draw their hearts together, and those who were strangers before, now become friends and associates. After abiding certain days at Philippi, Paul found that prayer was wont to be made out of the city by the river side, and thither therefore lie resorted to preach the gospel. " And a certain woman named Lydia, a seller of purple, of the city of Thyatira, which worshipped God, heard : whose heart the Lord opened, that she attended unto the things which were spoken of Paul." Whether Lydia had been a true worshipper or not, she from this time worshipped God in spirit and in truth, and became a follower of the Lord Jesus. Considering the text as descriptive of true conversion, I shall offer a few remarks on the nature of the change denoted by the Lord's opening the heart.

These concluding lines are very similar to Hymn 588
In vain does Paul's persuasive tongue,
With arguments profound,
Diffuse among the listening throng,
The gospel's joyful sound.

Apollos, famed for eloquence,
Exerts his powers in vain;
For sinners still enslaved to sense,
In unbelief remain.

Jesus, the work is wholly thine,
To form us all anew;
Oh may thine influence divine,
Our stubborn hearts subdue!