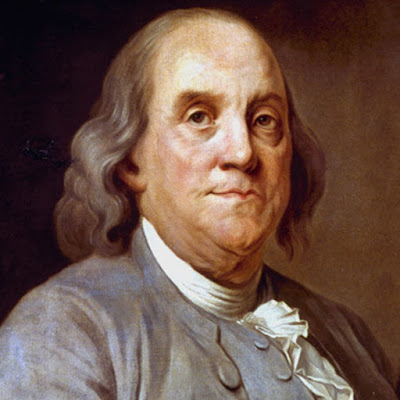 I found this letter here.
They suggest that the Beddome mentioned is Benjamin but I fear it is more likely to be his brother Joseph who traded much with America and became a Quaker. He died in Philadelphia.
From Benjamin Franklin (1706-1790) to Deborah Franklin (nee Read, 1708-1774), 25 May 1768
To Deborah Franklin
Pensilvania Coffee House London, May 25. 1768

I thought Capt. Budden had been gone some Weeks since, but calling here just now, I find he is not sail’d but goes this Evening; so I write this Line to let you know that I continue well. I forget whether I told you in any preceding Letter that I have been at Bath and Bristol. At the latter Place I met Mr. Richardson, junr. who had Letters for me. I saw there our old Ac[quaintan]ce Mr. Beddome, who enquired kindly [after] you and Sally (their daughter Sarah then 25, 1743-1808). He seems to live very well. I was glad to find by my Letters that you were all well. I wish I could go in this Ship, or Capt. Leach, but must stay a few Weeks longer. I am impatient to be with you, being ever Your affectionate Husband
B Franklin

(Addressed: To / Mrs Franklin / Philadelphia / per favour of / Capt. Bud [den] / QD [C])
It is suggested that Richardson is almost unquestionably Francis Richardson, known as Frank. Born in 1746, the son of Francis and Mary Richardson, into a well known Philadelphia Quaker family. Despite his heritage Frank decided on a military life; he went to England (presumably carrying the letters to bf), was commissioned in the Foot Guards in 1772, and eventually rose to lieutenant-colonel. In 1775 he was involved as an informer in an alleged conspiracy to kidnap the King. William W. Hinshaw, Encyclopedia of American Quaker Genealogy (6 vols., Ann Arbor, 1936–50), ii, 412; John F. Watson, Annals of Philadelphia … (2 vols., Philadelphia, 1844), 1, 560; Samuel Hazard, ed., The Register of Pennsylvania …, vi, no. 11 (Sept. 11, 1830), 167–8; British War Office, A List of Officers of the Army …, 1772 (p. 49) and 1795 (p. 16); Annual Register, xviii (1775), 239–43.
There is a reference to Joseph Beddome here saying "Philadelphia merchant Joseph Beddome, for example, advertised numerous types of fabric, caps, cutlery, candlesticks, walking canes and unidentified maps."