Stow and the Cotswolds after Beddome 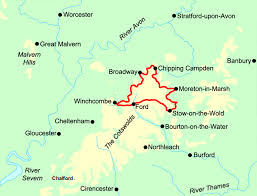 Beddome lived in Slaughter before he married and moved to Bourton. It appears that he preached at Stow in the Wold twice a month for most of the time that he was minister at Bourton. People from all over the area would attend his ministry in Bourton.
In 1799 The Baptist Annual Register revealed that in 1792 Elisha Smith (1754-1819) had left Shipston on Stour, having an opportunity of fixing one S(amuel) Taylor in that place. He was ordained there quickly afterwards, but the pastorate did not last that long. Mr Read, who we have mentioned as for some time serving Bourton on the Water then came there.
On Beddome's death, Smith served Stow in the Wold, but found it hard to ride twenty miles and preach three times every Sabbath, and an opportunity offering of their procuring a stated miniſter, he left them to the care of brother (James) Rodway (d 1843), previously in Sierra Leone, who laboured among them with good acceptance.
Smith's removal from these two places, was not occasioned by want of reciprocal affection, but was all down to the plain indications of Providence. After leaving Stow, he divided his labours between (Chipping) Campden and Blockley. Interest there, though small, yielded him growing encouragement.
The Register also reported that religion was advancing in the vicinity more generally. It mentions a Mr (Joseph) Proctor, of Fleet Street, coming to Moreton in the Marsh, three miles from Smith and a Midland Association that went back to 1655. Proctor had fitted up at his own expense a place of worship, and sent down a worthy minister from Hoxton academy, John Mann, a namesake of one of the early ministers there. Mann's labours had been blessed. He also preached at Blockley, he and Smith getting on very well.
A place of worſhip had also been erected at Broadway, five miles distant, by a worthy independent brother. A James Dean had been ordained as pastor over the Baptist church at Chalford.