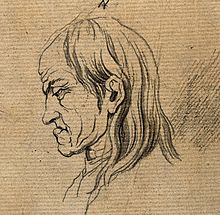 It is said that Beddome would often turn to the world of medicine for an apt illustration in his preaching.
Example 3
The happy fruits of repentance 2 Corinthians 2:2
As to the nature of the sorrow
1 It was not an habitual sorrow arising from a phlegmatic melancholy constitution or the want of a natural flow of spirits. The body has certainly a great influence upon the mind and when the former is oppressed with those elements of disease by which the due performance of the physical functions is obstructed the latter will be incapacitated for any considerable degree of cheerfulness. Then what is designed for comfort will sometimes prove an occasion of sorrow. As vinegar upon nitre says the royal preacher so is he that singeth songs to an heavy heart. Such are apt to turn every thing to their disadvantage and rather than want a cross will make one. Perhaps Hannah might mean something of this nature when she says I am a woman of a sorrowful spirit, that is inclined to melancholy and overwhelmed with distress upon the slightest occasions.
(Melancholia (from Greek melaina chole "black bile", "blackness of the bile") is a condition characterised by extreme depression, bodily complaints and sometimes hallucinations and delusions.. Melancholia as a concept derived from ancient or pre-modern medicine, which regarded melancholy as one of the four temperaments matching the four humours. Until the 19th century, medical doctors regarded "melancholia" as having physical symptoms as well as mental ones, and medicine classified melancholic conditions as such by their perceived common cause - an excess of black bile. At times, received wisdom associated all forms of mental illness with the concept of misbalanced humours, with some mental disease deemed to be caused by a combination of excess black bile and a disorder of one of the other humours.)