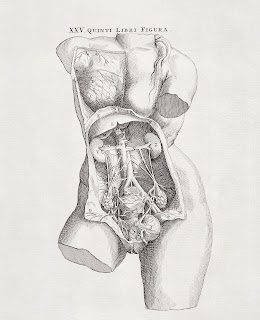 It is said that Beddome would often turn to the world of medicine for an apt illustration in his preaching.
Example 4
On the value of the soul Psalm 35:17
Having considered the soul and body in a comparative light he is convinced of the great superiority of the former to the latter. Christ speaking of the body tells us it is more than raiment and the apostle says, No man ever yet hated his own flesh but loveth and cherisheth it, and no wonder for though but an animated lump of clay it is fearfully and wonderfully made and its whole frame is so skilfully contrived and so exquisitely put together as to awaken universal curiosity and admiration but one soul hath more real worth and excellency in it than a thousand yea than ten thousand bodies. The body is liable to many diseases and will at length be turned to putrefaction and decay but the soul will outlive the wrecks of time and the ruins of the creation. The body is but the house or tabernacle, the soul the inhabitant and as the man is more noble than the house so is the soul than the body The body is but a vessel or casket and the soul a precious jewel lodged there for a time. Now if the cabinet is so curiously wrought what must we think of the treasure contained in it? Surely the rich and various embellishments of the former should excite in us admiring thoughts of the latter. Thus it was with David and thus as far as spiritual light is communicated and grace in exercise it will be with us.